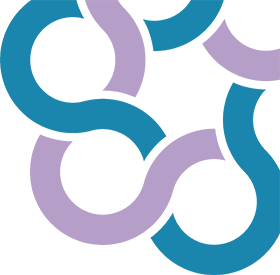 As directed under new Ofsted Guidance, September 2014, we take opportunities to actively promote British Values, defined by the government as the following:

Actively promoting also means challenging pupils, staff or parents expressing opinions contrary to fundamental British Values, including “extremist” views. At Reigate Park Primary Academy, values of tolerance and respect permeate all areas of school life. This engenders a climate within which pupils feel safe and secure and facilitates the fulfilment of potential. Pupil voice plays an integral part of driving the Academy forward and school rules at different levels are seen as the foundation upon which this can be achieved.

The following are a selection of activities and external accreditations that are evidence of our commitment to British Values.

Democracy
Pupils have the opportunity to have their voices heard through our School Council and Pupil Questionnaires and surveys. The elections of School Council representatives are based solely on pupil nominations.

The Rule of Law
The importance of Laws, whether they be those that govern the class, the school, or the country, are consistently reinforced throughout regular school days, as well as when dealing with behaviour and through school assemblies. Pupils are taught the value and reasons behind laws, that they govern and protect us, the responsibilities that this involves and the consequences when laws are broken. Visits from authorities such as the Police and Fire Service; are regular parts of our calendar and help reinforce this message. Our positive discipline policy is built around a Code of Conduct and school rules are displayed and understood by all adults and children.

Individual liberty
Pupils are actively encouraged to make choices in the knowledge that they are within a safe and supportive environment. They are given the freedom to make choices, for example, through choice of challenge or how to record during lesson time or by choosing to participate in extra-curricular clubs. Pupils are encouraged to know, understand and exercise their rights and freedoms and are advised how to do so safely, for example through PSHE lessons and ESafety.

Mutual Respect
“Respect Others” is one of the four core values of our School Rules, around which our positive behaviour policy revolves. Pupils have been part of discussions and assemblies related to what this means and how it is shown.

Tolerance of those of different faiths and beliefs
At Reigate Park we value the diverse ethnic backgrounds of all pupils and families and undertake events and lessons to celebrate these. Pupils are made aware of their place in a culturally diverse society and are encouraged to learn about other religions. Assemblies and discussions involving prejudices and prejudice-based bullying have been followed and supported by learning in R.E. and P.S.H.E as well as the annual anti bullying week work.